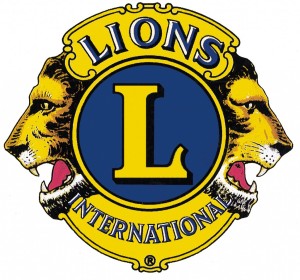 Bryans, Clarence “Bud” RA
"Papa Bud” as he was known to most, passed away peacefully at the Ross Memorial Hospital, Lindsay on August 15th 2017; but not before letting us all know he loved us and acknowledged he knew we loved him. Born, July 16, 1928 he was 89 years old, the third son of Joseph Edward Bryans and Gladys Margaret (Barrie), loved brother of Lloyd, and the Late Vern and Raymond. Beloved husband of the late Florence Margaret (Winfield). Dad will be sadly missed by his children Joyce (George) Tindall, Ron and Margaret.  Papa will never be forgotten by his grandchildren Douglas, Wanda Lee, Billy-Joe, Becky (Kent) Sheehay, and Shannon; his great grandchildren Cassandra, Shiloh, Justice, and Jeremy. Brothers and sisters in law to Jean Bryans, Bill (Carmel) Winfield, Chuck (Sheila) Winfield, Linda Winfield, and the late Russell (Diane) Winfield and Ed. He was a dear uncle to Carol, Jim (Gloria), David, Drew, Liisa, Shirley (Doug) Smith, Brian (Allison), Jenny (Dane), Amanda (Mark), Christine, Mindy (Henry), Alyssa (Patrick),  Dustin (Dianna) and predeceased by Charles. Great Uncle and Great Great Uncle to many. He will be missed by many friends and people whose life he touched. Friends and family may call at the Lakeland Funeral Centre, 19 Moose Road, Lindsay on Monday 21st August from 2-4 and 7-9 P.M. A funeral service will be held at St. Andrew's Presbyterian Church, 54 Bolsover Road, Bolsover on Tuesday 22nd August 2017 at 2:00 P.M. Reception to follow at the church. Burial in the family cemetery will follow at a later date. If desired, donations to The Kirkfield & District Lions Club in memory of Bud would be appreciated by his family.