No services to be held at this time. 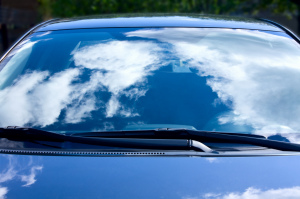 HUNT, Norman Colston  Passed away unexpectedly in his 86th year at his home on April 24, 2017 on Four Mile Lake where he resided for 79 years. Father of Sandi (Ed) and grandson Jordon of Guelph, nephews Dave, Jim and Ron and families and cousins Linda, Carol and Gail of the Leitch family.   Norm will be missed by many other family and friends especially Carol and Richard (Dickie) Gray.  Norm was the son of Edna (1984) and Colston Hunt (1951) and brother of Irene (1995).  Norm and Irene were raised on Earl Grey Road in West Toronto. Norm was a very kind and giving man.  His door was always open and there was always a party at Norm’s.  In his later years you could always get a story from Norm about his years working at Crystal Glass in Toronto or when he was putting glass in the arenas across the country. A special thank you to Jackie for her caring and kindness to Norm in his final years. As per Norm’s wishes, Norm was cremated and is now at peace at his final resting place.  Norm did not want a service but donations to the Salvation Army would be appreciated in his memory.

Charitable donations may be made to: